Now when Athaliah heard the noise of the escorts and the people, she came to the people in the temple of the Lord. When she looked, there was the king standing by a pillar according to custom; and the leaders and the trumpeters were by the king. All the people of the land were rejoicing and blowing trumpets. So Athaliah tore her clothes and cried out, “Treason! Treason!”(2 Kings 11:13-14)

Fairy tales are filled with wicked queens, but did you know there is also one in the Bible? There was only one queen to ever reign over any of the tribes of Israel, and she was one of the worst rulers they ever had. 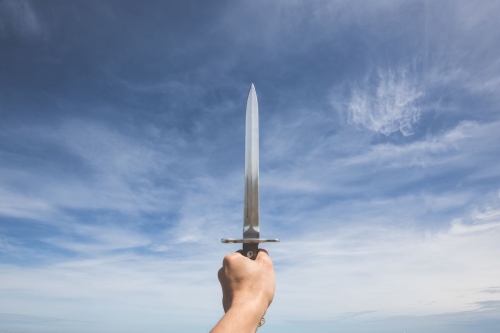 For six years, Queen Athaliah ruled in Jerusalem over the Kingdom of Judah. She did the best she could to kill every potential rival, but under God’s providence one boy was preserved. His name was Joash, and he was hidden from Athaliah for six years.

On the day Joash was revealed, it was a complete surprise to Athaliah. You might think she would be happy that her grandson was alive, but she wasn’t. She was terrified. 2 Kings says, when she looked, there was the king. For the usurper queen mother this was a horrifying sight. For six years she ruled because she believed (and everyone else believed) there were no legitimate heirs to the throne of David. Now she saw that one son of Ahaziah – Joash, her own grandson– escaped her murderous plans.

We see that all the people of the land were rejoicing. They were obviously weary of the wicked reign of Athaliah. They started blowing trumpets in celebration. What did Athaliah say? She cried out, “Treason! Treason!”

Athaliah had reason to say this. This was treason against her government, but it was a well-founded and godly treason against a tyrannical, wicked ruler. If wicked Athaliah was the queen, it was time for treason.

As Christians, we often think about the importance of our submission and surrender to Jesus Christ. That’s a good thing. But I wonder if we think enough about how we should rebel against Satan and his kingdom. The Bible tells us that we should have some kind of respect for the devil and recognize that it is ultimately the Lord who has authority over him, and not us apart from God (Jude 1:8-9). But that doesn’t mean for a moment that we are to respect the devil’s rule in any way.

Notice here in 2 Kings, Athaliah considered it treason when the people rejoiced as the true king was revealed. I imagine that as God’s people praise Jesus with all their might and all their joy, the devil and his partners cry out, “Treason! Treason!” Let Satan say it – we don’t care! Our eyes are on our rightful king.

Contend for the Faith