So he answered, “Do not fear, for those who are with us are more than those who are with them.” And Elisha prayed, and said, “LORD, I pray, open his eyes that he may see.” Then the LORD opened the eyes of the young man, and he saw. And behold, the mountain was full of horses and chariots of fire all around Elisha.(2 Kings 6:16-17)

The king of Syria was at war against Israel, and angry with Elisha, Israel’s prophet. God spoke to Elisha about the plans of the Syrian army, and for a time Israel knew every move the Syrians made. Furious, the king of Syria sent soldiers with many horses and chariots. They surrounded Elisha’s city and demanded his surrender. 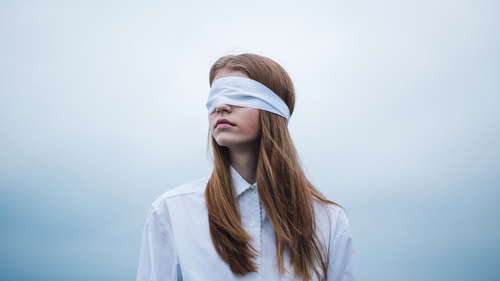 Elisha had perfect peace, but his servant was naturally afraid, knowing there was little chance of escaping or surviving an attack from so many. Elisha told him to not be afraid – those who are with us are more than those who are with them. Elisha saw what his servant could not, and he prayed for the servant’s eyes to be opened to the spiritual reality of the situation.

Elisha did not pray that God would change anything in the situation. His only request was that his servant could actually see the reality of the situation. Yet, Elisha also did not try to persuade the servant of the reality of those who are with us. The servant could not have this explained to him nor could he be persuaded into it. He had to see it.

God answered Elisha’s prayer. When a person is blind to spiritual reality, only God can open his eyes. God may do it through the words someone speaks, but the work of spiritually opening eyes is spiritual work and belongs to God alone.

When his eyes were opened, the servant saw the reality that he could not see before. He saw that there really were more with him and Elisha than those assembled against them. Elisha didn’t pray that he would “see” something that wasn’t there. God’s protection of chariots of firewas real, even if it was invisible. God was not only present; He had more firepower than the enemies of God’s people!

If a thousand people claim they see nothing of God’s grace, power, and love at work in the world today, it doesn’t cancel what we see. This is our Father’s world, and even in the dark times we see around us, He is busy at work and present in power.

Ask God to open your eyes to the spiritual reality around you. We don’t need to imagine things; we need to perceive what is real but unseen.