Loyal to Their King

And there happened to be there a rebel, whose name was Sheba the son of Bichri, a Benjamite. And he blew a trumpet, and said: “We have no share in David, nor do we have inheritance in the son of Jesse; every man to his tents, O Israel!” So every man of Israel deserted David, and followed Sheba the son of Bichri. But the men of Judah, from the Jordan as far as Jerusalem, remained loyal to their king. (2 Samuel 20:1-2)

Age and adversity worked together, making David seem tired and weak towards the end of his reign. Taking advantage of David’s weakened position after Absalom’s rebellion, a man named Sheba exploited the conflict between Judah and the other ten tribes (2 Samuel 19:40-43). He based his rebellion on three principles common to rebels:

First he said “We have no share in David.” This means that Sheba denied the king’s sovereignty. He claimed that David had no right to reign over him or the ten tribes of Israel. 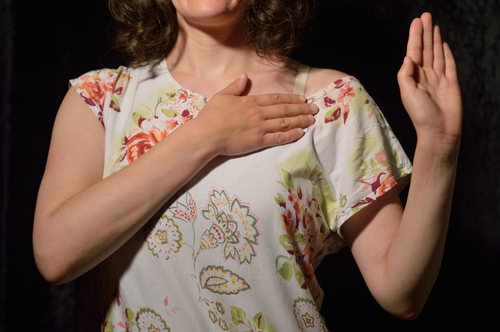 Next he called David “The son of Jesse.” This was not a compliment. Most kings are the sons of previous kings. David was the son of a farmer. This means that Sheba devalued the king’s identity. Jesse was a humble farmer and Sheba wanted to emphasize David’s humble beginning

Finally Sheba called out to all Israel, “Every man to his tents.” This means that Sheba decided to go his own way and drew others with him. He acted on his low opinion of David

It also seems that Sheba had a pretty good marketing department under his control. The great Bible teacher and commentator G. Campbell Morgan thought the phrase “We have no share in David, nor do we have an inheritance in the son of Jesse” was an effective slogan promoted by Sheba. He applied this idea to our experience: “The story should teach us that popular and plausible catchwords ought to be received and acted upon with great caution.”

Sheba succeeded in marketing his brand of treason. The result was sad: “Israel deserted David.” Sheba succeeded in drawing away the ten northern tribes and David had another civil war to deal with. A good part of this was the legacy of Judah’s rude treatment of the other tribes after the crushing of Absalom’s rebellion. We might say that the tribe of Judah treated the other ten tribes unfairly, but Judah’s wrong didn’t make the treason of the other tribes right.

We might say that it is in the nature of men to divide. According to their fallen nature, Christians will naturally divide unless the “glue” of the Holy Spirit holds them together. Paul put it like this: I, therefore, the prisoner of the Lord, beseech you to walk worthy of the calling with which you were called, with all lowliness and gentleness, with longsuffering, bearing with one another in love, endeavoring to keep the unity of the Spirit in the bond of peace (Ephesians 4:1-3). Paul didn’t say that we should make the unity of the Spirit, because it is not in us to make. But with the power of God we can keep the unity of the Spirit, keeping the unity He created.