Job further continued his discourse, and said:
“Oh, that I were as in months past,
As in the days when God watched over me;
When His lamp shone upon my head,
And when by His light I walked through darkness;
Just as I was in the days of my prime,
When the friendly counsel of God was over my tent;
When the Almighty was yet with me,
When my children were around me;
When my steps were bathed with cream,
And the rock poured out rivers of oil for me!”

i. “His keenest sorrow is discovered. It was that of the feeling that, in some way, and for some reason, God no longer watched over him.” (Morgan)

ii. Job further continued his discourse: “Probably, after a pause, Job resumed his speech. This second address was not so much an answer to his friends as a statement of his whole case as he saw it.” (Morgan)

b. When His lamp shone upon my head… when the friendly counsel of God was over my tent… when the Almighty was yet with me: Job fondly remembered the days when it seemed that God was for him rather than against him. It reminds us of the fact that Job’s great crisis after his catastrophic losses was primarily spiritual, in that he did not sense the support and succor of God in the aftermath of his loss.

i. “It is a great thing for a man to be near to God; it is a very choice privilege to be admitted into the inner circle of communion, and to become God’s familiar friend. Great as the privilege is, so great is the loss of it. No darkness is so dark as that which falls on eyes accustomed to the light.” (Spurgeon)

ii. Spurgeon went on to describe the ways that Job sensed this great loss from God.

· “First, he complains that he had lost the consciousness of divine preservation” (as in the days when God watched over me).

· “Job had also lost divine consolation, for he looks back with lamentation to the time when God’s candle shone upon his head” (when His lamp shone upon my head).

· “Moreover, Job had lost divine communion: so it seems, for he mourned the days of his youth, when the secret of God was upon his tabernacle” (when the friendly counsel of God was over my tent).

c. When my children were around me; when my steps were bathed with cream, and the rock poured out rivers of oil for me: Job painted a beautiful (if exaggerated) picture of his former happy life. He genuinely felt that he was in fellowship with God and the blessing flowed in to every area of his life.

“When I went out to the gate by the city,
When I took my seat in the open square,
The young men saw me and hid,
And the aged arose and stood;
The princes refrained from talking,
And put their hand on their mouth;
The voice of nobles was hushed,
And their tongue stuck to the roof of their mouth.
When the ear heard, then it blessed me,
And when the eye saw, then it approved me;
Because I delivered the poor who cried out,
The fatherless and the one who had no helper.
The blessing of a perishing man came upon me,
And I caused the widow’s heart to sing for joy.
I put on righteousness, and it clothed me;
My justice was like a robe and a turban.
I was eyes to the blind,
And I was feet to the lame.
I was a father to the poor,
And I searched out the case that I did not know.
I broke the fangs of the wicked,
And plucked the victim from his teeth.”

a. I went out the gate… I took my seat in the open square: In this and the following verses, Job remembered how greatly he was respected in the community. He had a position of community leadership and was feared by the young men and honored by the aged. Even princes and nobles stopped talking and listened to him.

i. “We have no idea what this city was, but any city that had a gate and a public square was a major urban center.” (Smick)

b. When the ear heard, then it blessed me, and when the eye saw, then it approved me: Not only did Job gain the attention of the people and leaders of the city in days past; they also liked him and what he had to say. He was blessed and approved by those who heard him.

c. Because I delivered the poor who cried out… I caused the widow’s heart to sing for joy… I was eyes to the blind, and I was feet to the lame: Job described how his reputation for wisdom and goodness was deserved. He was a man full of good and noble works, especially to the poor and disadvantaged.

ii. “In Job’s conscience, sins are not just wrong things people do, disobeying known laws of God or society; to omit to do good to any fellow human being, of whatever rank or class, would be a grievous offence to God.” (Andersen)

iii. “It was not ambition, popularity, or self-interest that put Job upon these and the following good practices and proceedings, but the care he had of discharging his trust, and the pure love he bare to justice and upright dealing.” (Trapp)

iv. “Not once before this has he pointed to any of his good deeds as evidence of his faith, but rather he has taken his stand squarely upon faith alone and not upon works. The fact that Job waited so long to introduce any hard evidence into this debate with his friends shows enormous restraint on his part.” (Mason)

B. Job reflects on former times.

“Then I said, ‘I shall die in my nest,
And multiply my days as the sand.
My root is spread out to the waters,
And the dew lies all night on my branch.
My glory is fresh within me,
And my bow is renewed in my hand.’”

a. I shall die in my nest, and multiply my days as the sand: In his former confidence, Job felt that he would die happy and secure in his nest after a good, long life.

i. Smick mentions an unlikely approach taken by some translators, thinking that Job made a reference to the mythical creature known as the phoenix in Job 29:18: “Some translators accept the old rabbinic opinion that the second half of the line speaks of the phoenix. The question seems to hinge on whether the word hol (usually ‘sand’) can mean ‘phoenix’ at all.”

b. My root is spread out to the waters… My glory is fresh within me: We can sense Job’s prior sense of blessing and abundance of life. His former blessed life made his present crisis all the more unbearable and seemingly unjust.

i. Root is spread out to the waters: “A metaphor taken from a healthy tree growing beside a rivulet where there is plenty of water; which in consequence flourishes in all seasons, its leaf does not wither, nor its fruit fall off. See Psalm 1:3; Jeremiah 17:8.” (Clarke)

“Men listened to me and waited,
And kept silence for my counsel.
After my words they did not speak again,
And my speech settled on them as dew.
They waited for me as for the rain,
And they opened their mouth wide as for the spring rain.
If I mocked at them, they did not believe it,
And the light of my countenance they did not cast down.
I chose the way for them, and sat as chief;
So I dwelt as a king in the army,
As one who comforts mourners.”

a. Men listened to me and waited… After my words they did not speak again: Job again remembered how greatly he was respected and esteemed in the community. He was a man honored for his wise words.

i. Even if Job had mocked at them, then they did not believe it. “They believed it not; it was so acceptable to them to see me well pleased with them, that they could scarce believe their eyes and ears that it was so.” (Poole)

b. I chose the way for them, and sat as chief: This highlights the tremendous contrast between the former esteem Job enjoyed and the terrible criticism he had endured from his friends. There was a time when no one would have criticized Job the way his friends now did.

i. Job is also a tremendous example of how a wealthy and powerful man should live his life; not in selfish indulgence, but in care and concern for the less fortunate. “Noble Job! Look at him, ye nobles of the earth, ye lieutenants of counties, ye generals of armies, and ye lords of provinces. Look at Job! Imitate his active benevolence, and be healthy and happy. Be as guardian angels in your particular districts, blessing all by your example and your bounty. Send your hunting horses to the plough, your game cocks to the dunghill; and at last live like men and Christians.” (Clarke)

©2019 David Guzik – No distribution beyond personal use without permission 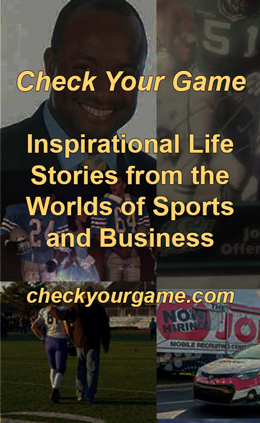