All too often, when Christians hear the word anointing, they hear it said in an unusual, super-spiritual and kind-of-strange sort of voice that lets everyone know something really holy is being talked about. Sometimes the word is dramatically drawn out and said with a certain tremor in the voice. More than anything, the word is said with an attitude that anointing is something some Christians have and other Christians don’t. 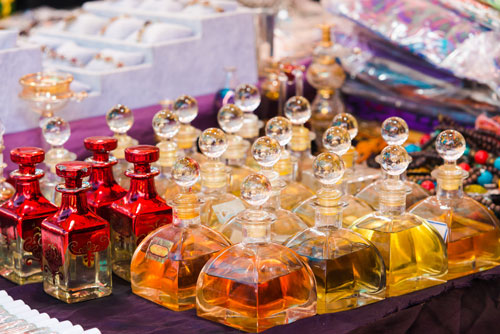 When the New Testament speaks of anointing, it speaks of it as the common property of all believers, though some may not appreciate or use the anointing God gives. Among some Christians today, there is a rather magical or superstitious approach to this idea of anointing. In their mind, “the anointing” is like a virus or a germ, which can be spread by casual contact or infect a whole group. Usually these folks think that when one “catches” the anointing, you can tell because they start talking and acting really weird. This isn’t the Bible’s idea of anointing!

Anointing has the idea of being filled with, and blessed by, the Holy Spirit. This is the common property of all Christians, but something we can and should become more submitted and responsive to. God has blessed you with the Holy Spirit: are you submitted and responsive to Him? God has given you resources of spiritual discernment and wisdom – you can know all things.

This idea of anointing – literally, to be blessed with oil, an emblem of the Holy Spirit – was behind one of the punishments given to the apostle John in persecution. Old accounts say that the Roman emperor Domitian ordered that John be cast into a boiling vat of oil, as if to say, “Here is your anointing!”

John came out from the vat of oil unharmed, because he truly had an anointing from God and God had more for him to do. Submit and respond to God’s anointing in your life, and the Spirit of God will protect and inform you also.