For this reason I left you in Crete, that you should set in order the things that are lacking, and appoint elders in every city as I commanded you. (Titus 1:5)

Any good evangelist knows that repentance and faith is just the start of the Christian life. That beginning must continue into true Christian discipleship. That’s why Paul left Titus on the island of Crete.

After their successful evangelism, there were a lot of young Christians to take care of. Paul left Titus behind to build stable churches with mature, qualified pastors for the people. This was especially needed in Crete, because the people of Crete were a wild bunch, well known as liars and lazy people. Titus had to find and train capable leaders for the Christians of the island of Crete. 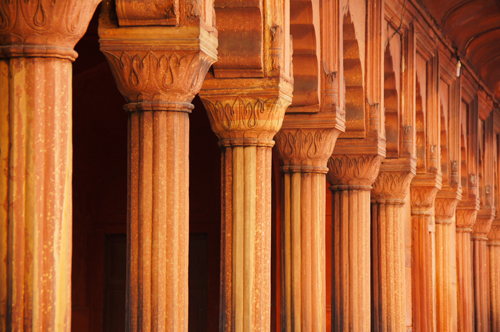 This wasn’t a permanent job for Titus. When Paul wrote, “I left you in Crete,” he used the same phrase as in 2 Timothy 4:13 and 4:20 where he spoke of a cloak and an associate temporarily left behind. The idea is that Paul left Titus in Crete for a limited time to solve these problems, establish godly leadership, and then move on (probably to catch up again with Paul).

His job wasn’t easy, but it was simple to understand. Paul told Titus to set in order the things that are lacking. The churches needed order and leadership. Titus was commanded to set in order the churches, and to do it by appointing godly leaders. The phrase set in order was a medical term – they would use it for the setting of a broken or crooked limb. There were crooked things that had to be set straight among the congregations of Crete.

The order would come through appointed godly leaders, men of character that Titus was to carefully choose. Titus was to appoint elders in every city. This means Paul delegated a lot of authority to Titus. These elders were not chosen by popular vote, and they were not chosen through their own self-promotion. It was Titus’ job to look for men of the kind of character Paul would describe in the following passage and to appoint them as elders in congregations.

This reminds us of an important point. When God has work to do in His church, He usually does it through people. God didn’t send angels to appoint the elders, and angels were not to be appointed as leaders over the church. God looks for His people to rise to the occasion and the opportunity, and in obedience to His word to be about their Father’s business.

How does God want you to serve His people and a needy world? He has a place for you in the work of His kingdom. If the work is hard like it was for Titus, God will give you the wisdom and strength.