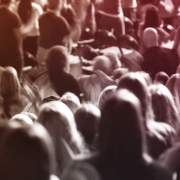 I pray that as this email reaches you on a Monday (or whenever), you are finding some rest and recovery after a weekend of serving God, His people, and a needy world.

Today I have a brief thought for you from a familiar passage, Matthew 9:20-22 which tells the story of the woman who touched the hem of Jesus’ garment and was healed. Here is the text:

And suddenly, a woman who had a flow of blood for twelve years came from behind and touched the hem of His garment. For she said to herself, “If only I may touch His garment, I shall be made well.” But Jesus turned around, and when He saw her He said, “Be of good cheer, daughter; your faith has made you well.” And the woman was made well from that hour. 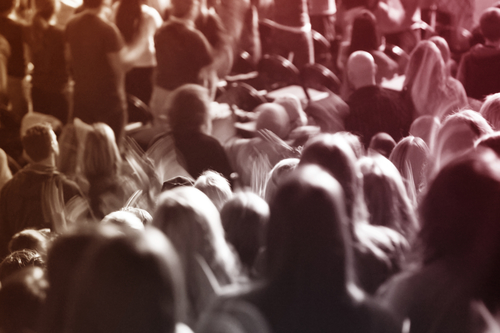 I wouldn’t be surprised if you have preached a pretty good sermon on this passage. After all, it is a great story, and it has a powerful application. I just want to point out one thing: the compassion of Jesus to the woman, despite her superstitions.

The woman of Matthew 9 had her own reasons for secrecy, but basically she wanted to “steal” or “sneak” a blessing from Jesus without attracting any attention to herself. She reached out to touch the fringe of Jesus’ outer garment and believed that touch would bring her healing.

The way I see it, there was a lot of superstition in this woman’s thinking. To the best of our knowledge, there was no promise or pattern that touching the garment of Jesus would bring healing.

Yet even though her faith had elements of error and superstition, she believed in the healing power of Jesus and His garment served as a point of contact for that faith. There are many things that we could find wrong with this woman’s faith. Yet her faith was in Jesus; and the object of faith is much more important than the quality or even quantity of faith.

We read the wonderful words: the woman was made well. Her faith, though imperfect, was enough to receive what Jesus wanted to give her. Her 12-year disease was immediately cured.

Friend, I am sure that you deal with many people with weak or superstitious faith. Maybe that is frustrating to you. If so, I understand! Yet, Jesus didn’t despise this woman, even with her weak and imperfect faith.

I’m praying that God gives to everyone who reads this an extra measure of patience and compassion for the weaker, superstitious ones that we deal with. When we serve others with the heart and strength of Jesus, we will find that extra measure. 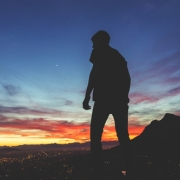 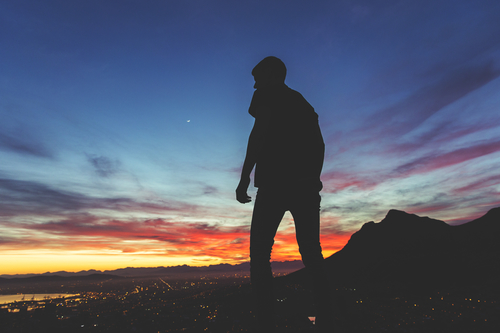 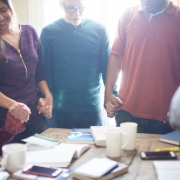 And being let go, they went to their own companions and reported all that the chief priests and elders had said to them. So when they heard that, they raised their voice to God with one accord and said: “Lord, You are God, who made heaven and earth and the sea, and all that is in them.” (Acts 4:23-24)

God worked something powerful in and through Peter and John. They stood before a council of important men who demanded that they stop proclaiming Jesus. Peter and John refused, but the council couldn’t stop such determined men. All they could do was threaten Peter and John and release them. 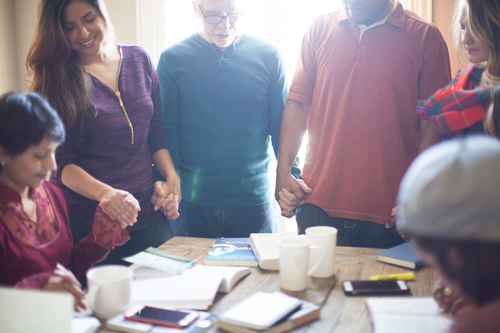 When Peter and John met with the other disciples, they reported all that the chief priests and elders had said. They had good news to report. We can picture them saying, “We got to tell them about Jesus! They realized we were like Jesus! They told us not to tell others about Jesus!”

In response to this exciting report, the early Christian community – their own companions had a prayer meeting. Notice that important events moved them to prayer. It should be the same with us!

First, they raised their voice. This means that they prayed vocally. It is certainly possible to pray silently in our minds, but we focus our thoughts more effectively when we speak out in prayer.

The word “voice” is in the singular. This means that they did not all pray individually, speaking at the same time. In this prayer meeting, one person prayed, and all agreed with that one, so that they were really praying with one voice.

Finally, they addressed God like this: Lord, You are God. They began by reminding themselves who they prayed to. They prayed to the Lord of all creation, the God of all power.

This word Lord in Acts 4:24 is not the most common word for “Lord” used in the New Testament; it is the Greek word despotes. We get the English word “despot” from this ancient Greek word. Despotes was a word used of a slave owner or of a ruler who has power that cannot be questioned. They prayed with power and confidence because they knew God was in control.

When we pray, we often forget just who it is we pray to; or worse yet, we pray to an imaginary God of our own ideas. The disciples had power in prayer because they knew whom they prayed to.